A photomontage (or montage or collage) is a visualization where images are tiled side-by-side. They offer:

Anchor can efficiently and easily build montages of a large number of images via three predefined tasks:

Apart from with montage/balance, the bottom-row exception exceptionally may not be fully filled.

Resizing only occurs, while preserving an image’s aspect-ratio.

Each task always tries to arrange with a similar number of rows and columns (to be approximately square).

The Fruits-360 dataset (from Horea Muresan and Mihai Oltean) contains a large number of images of fruits.

We will work from the Training/ sub-directory, which contains 67,692 images.

All images have identical size and bit-depth (but this isn’t a prerequisite for our tasks).” %}

This pattern will determine the identifiers and labels for each image.

As that’s too many images to include in a single montage, let’s change into a subdirectory containing 490 inputs. Then create montage:

We output as a JPEG (instead of the PNG default) using the -of command-line-option. 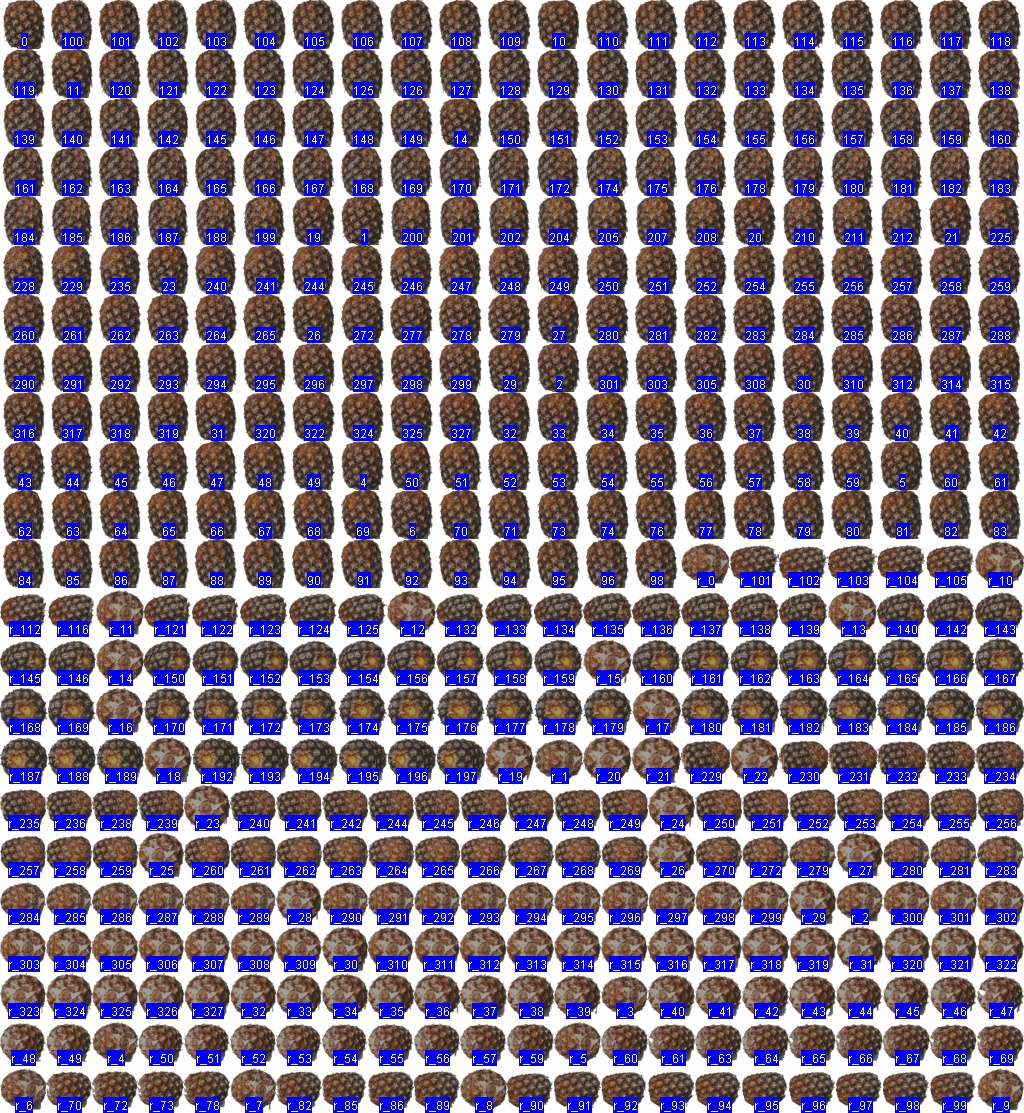 To randomize the image order, we add the -is command-line-option. 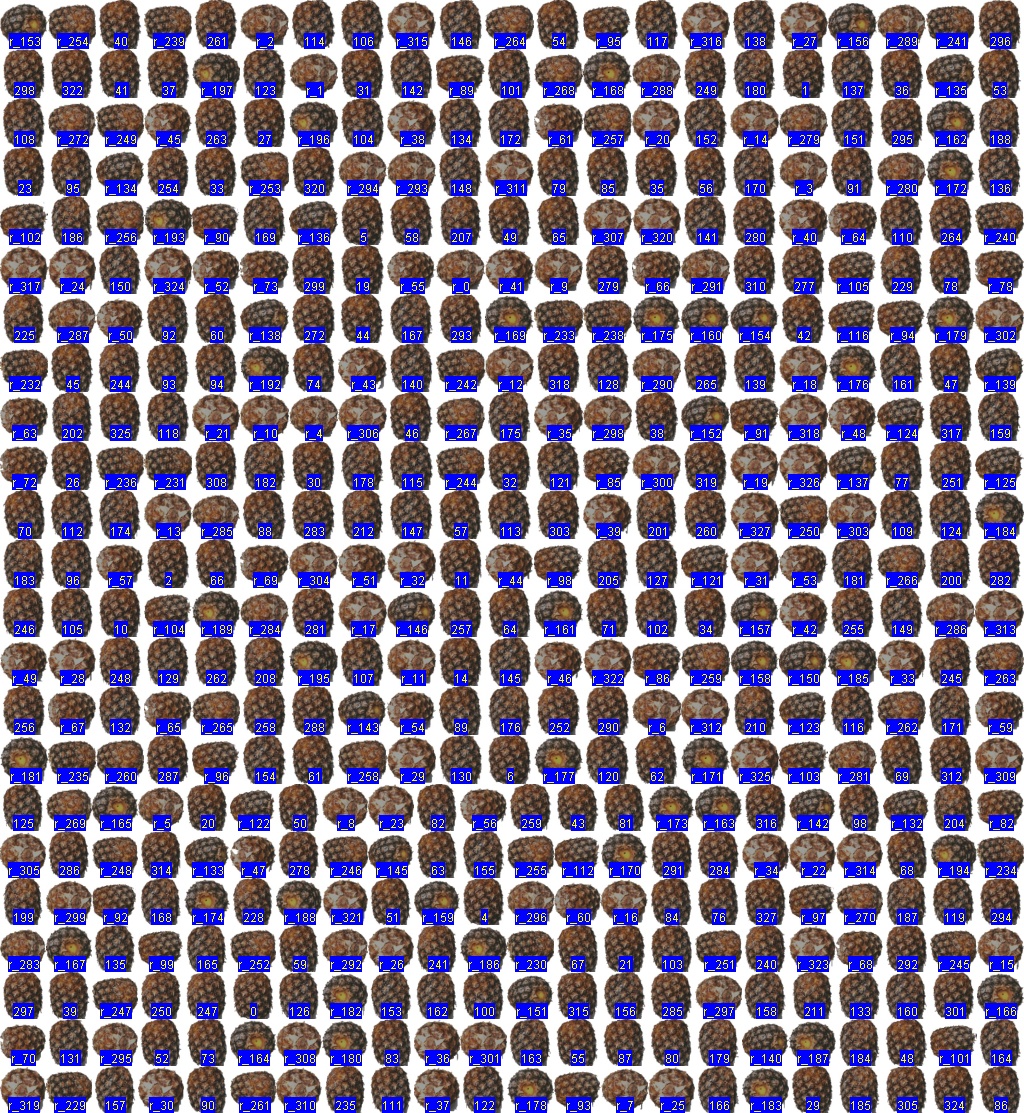 To take a random sample, we additionally add the -ir command-line-option.

Let’s randomly sample 120 images from the entire dataset (not just pineapples!) for the montage. 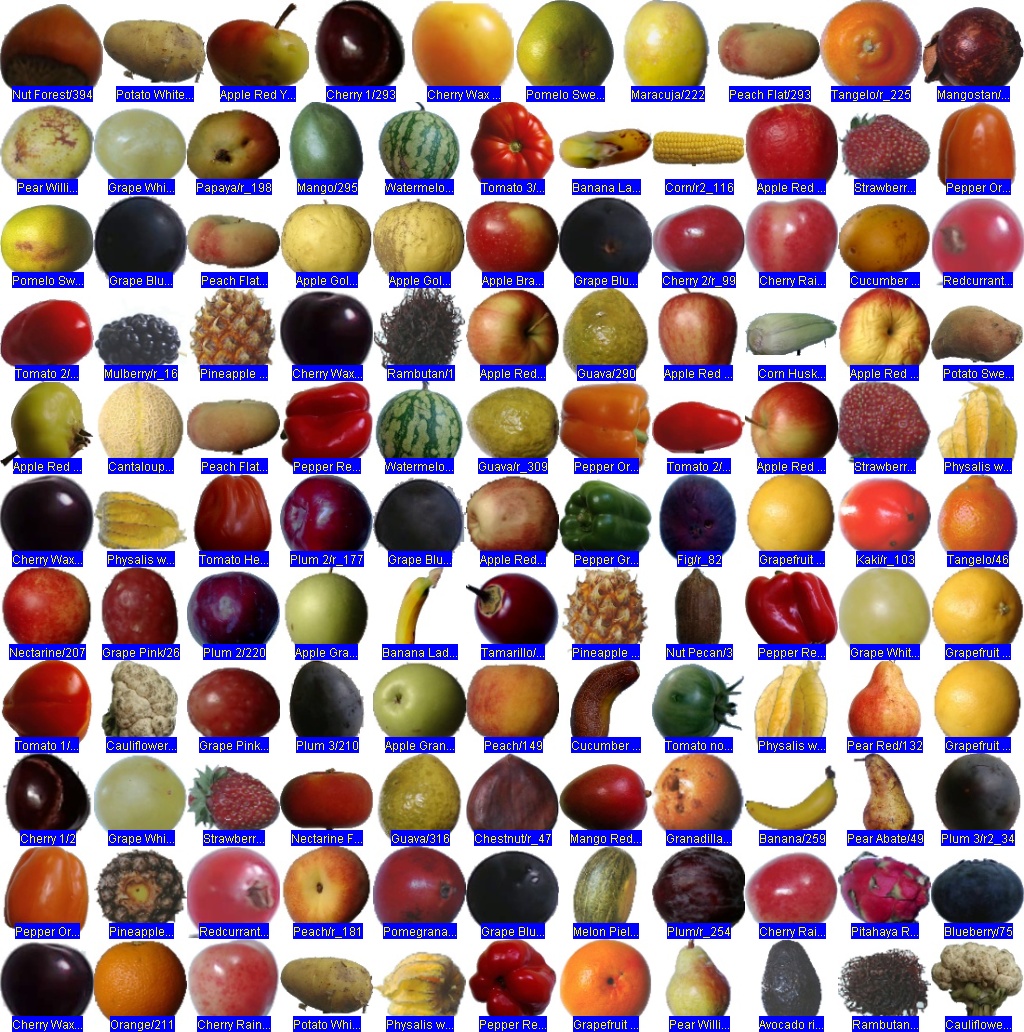 All images have the same size and bit-depth (but this isn’t a prerequisite for our tasks).” %}

Labels are present in the former, and omitted in the latter.

To produce an unlabelled version only, use the -oe and -od command-line-option: 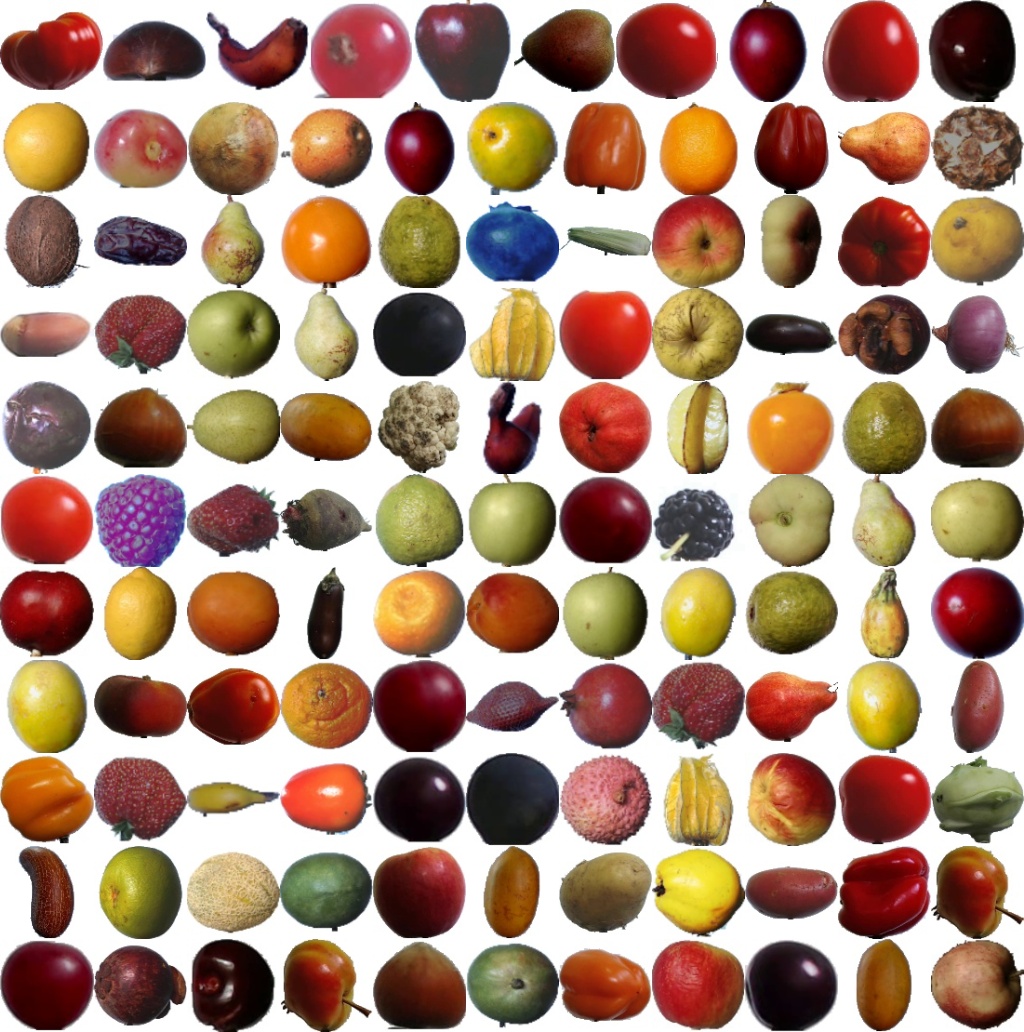 A sensible default-size is chosen for the montaged image (scaling down the input images).

The user may specify a custom size with the -ps command-line-option:

Warning: Although the -ps option supports additional options for other tasks, but they unsupported when making a montage.

Let’s create a much larger sample of very small images (scaled to 30% of their original size).

The previous dataset had images of constant-size. Let’s try now with a dataset where:

The images come from the UCF101 video classification dataset, downloaded from Kaggle, but let’s initially focus only on the initial 20 images (of kayaking) by appending -il 20. We’ve manipulated their sizes by cropping.

Balancing the number of images per row

Let’s make a montage, where the number of images per row is allowed vary, to try and keep the height of each row approximately uniform. This occurs via the montage (i.e. montage/balance) predefined task.

The black background is part of the images, and was not introduced by the algorithm. 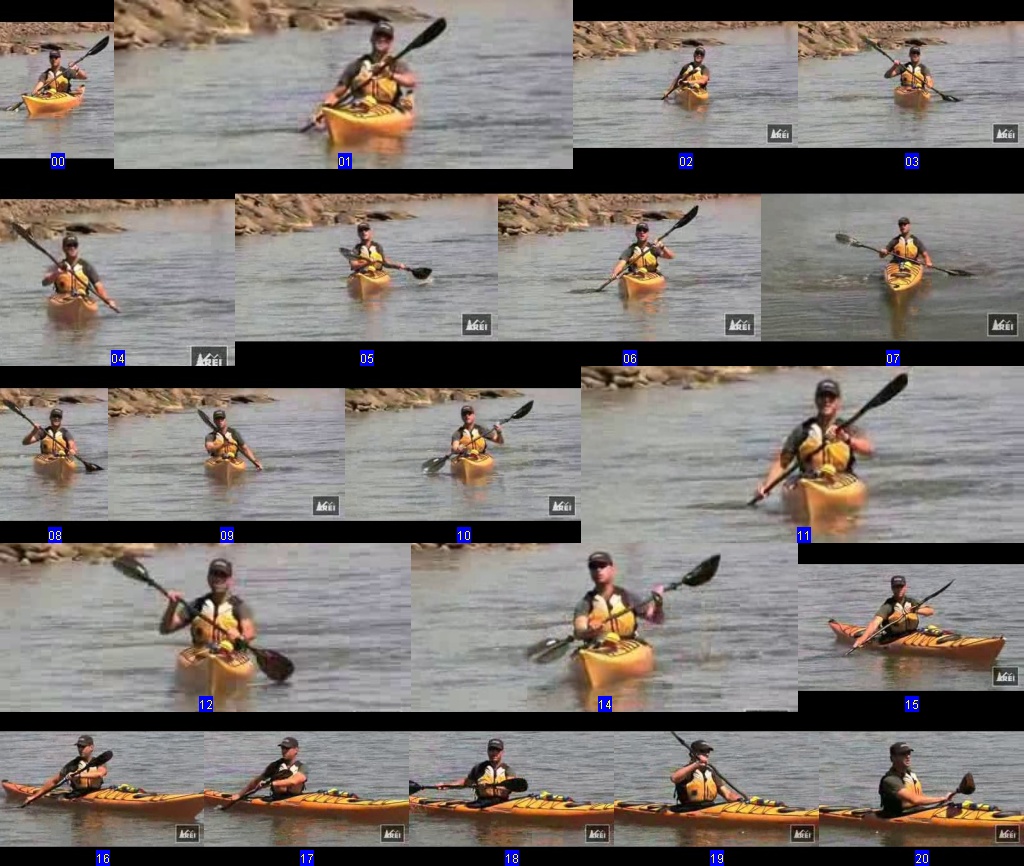 Let’s now try a tabular structure, that inists on an identical number of images per row (apart from the last row). 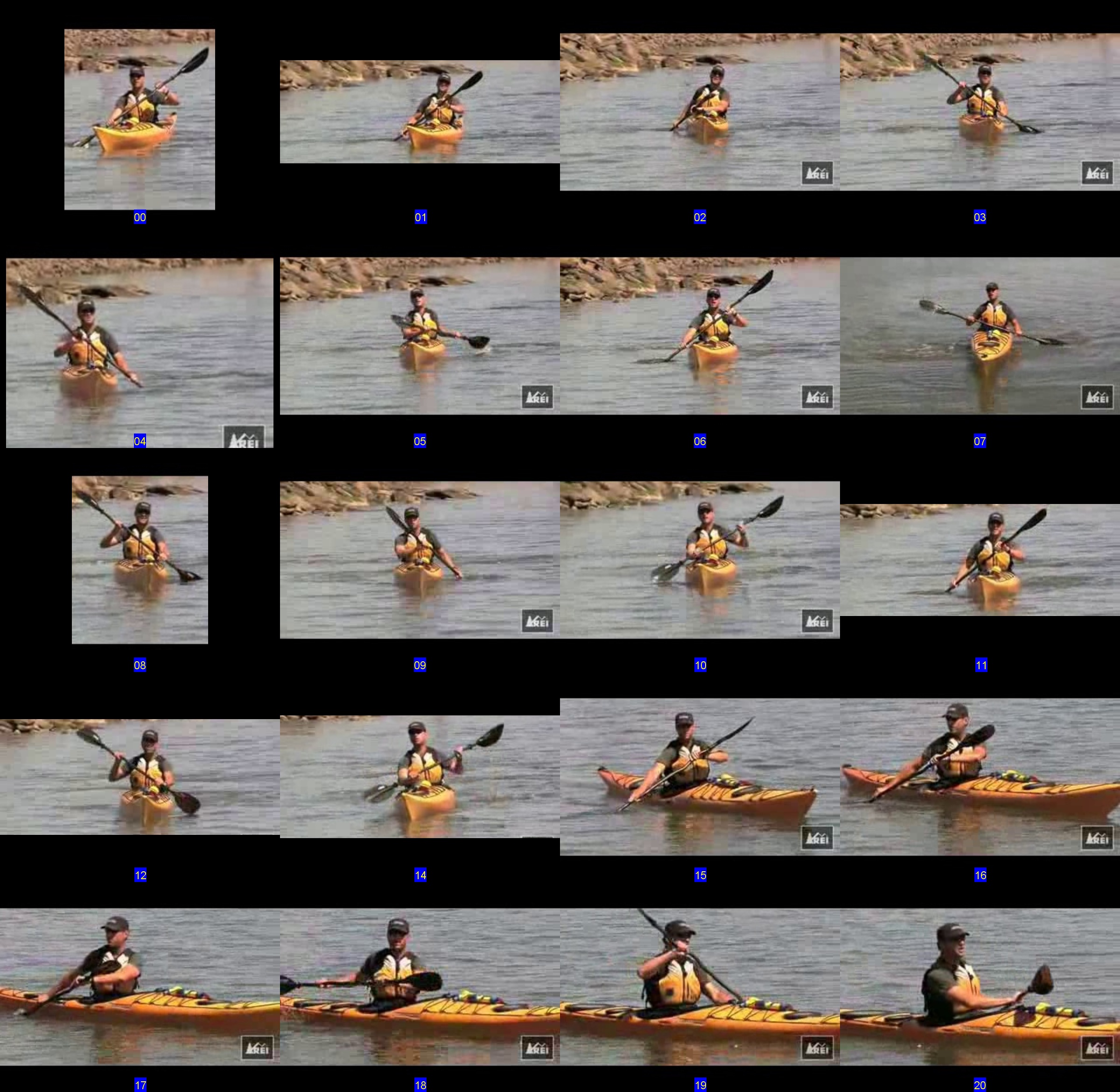 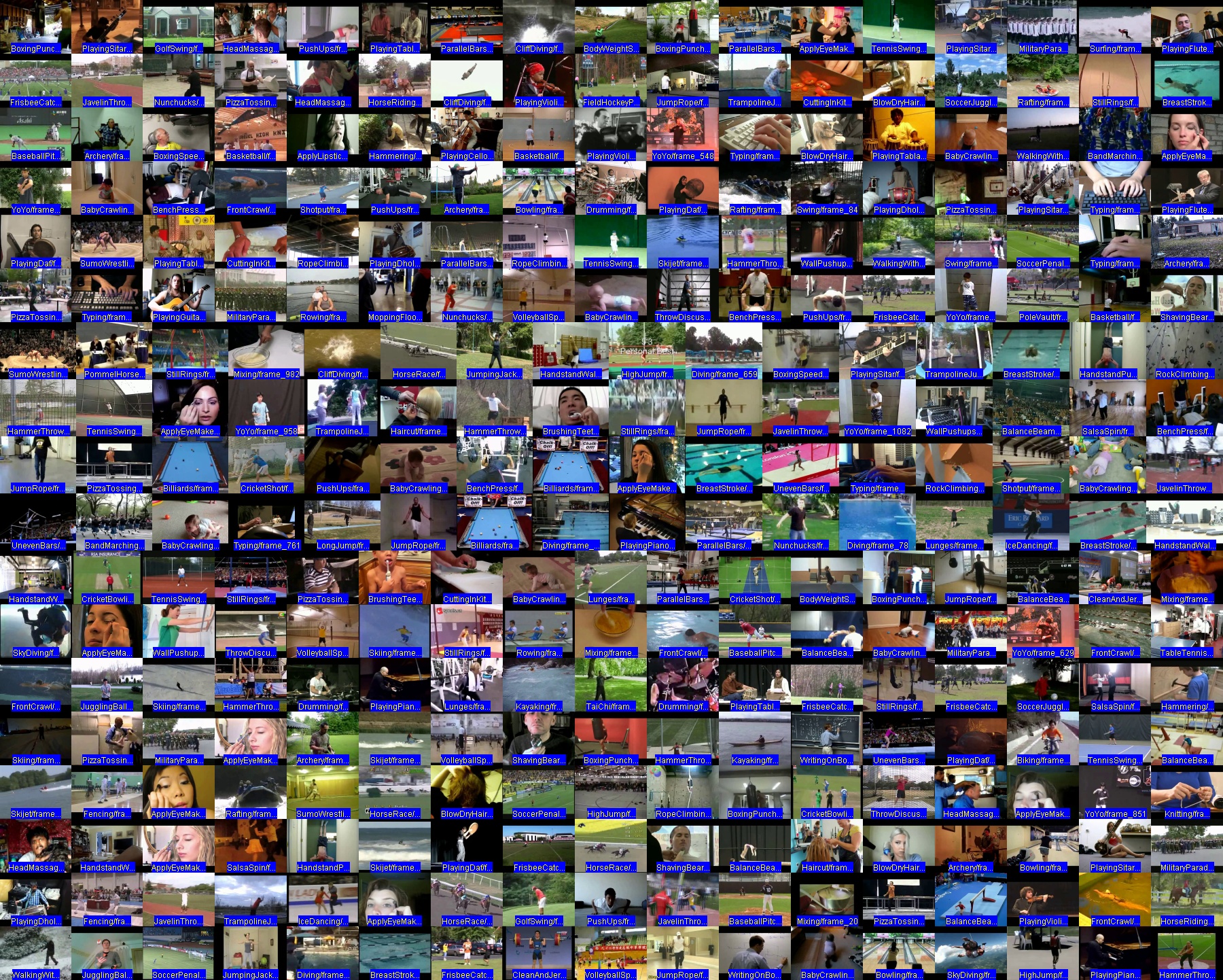